Maui Ki-Aikido’s Origins and the Creation of Its First Dojo: An Oral History
by Mele Stokesberry

Based on interviews in 1993 with Maui Ki-Aikido’s founding teacher Shinichi Suzuki Sense and long-time members, Takeo L. (Larry) Shishido and Isamu (Sam) Takaki, with further material given by Suzuki Sensei in 1999 and 2003.

This is the story of Maui Ki-Aikido’s beginnings and its first dojo building at 194 Market Street, Wailuku. It was called the Wailuku Aikido Club and was the precursor of the present Shunshinkan Dojo, built in 2000. The original dojo’s construction in 1960, all by the volunteer labor of the Aikido students and instructors, is an example of the mutual help, frugality and volunteer spirit, characteristic of Hawaii’s plantation communities.

Aikido had been brought to Maui in 1953 when the Nishi Kai organization, a health club of mostly older Japanese, invited Professor Koichi Tohei to teach in the islands. Tohei Sensei, at that time an 8th dan Aikido instructor, began teaching a core group of Maui men in the arts of Aikido. This group included police officer Shinichi Suzuki who went on to become an 9th dan himself, Head Instructor of Maui Ki-Aikido, and a very important influence on Aikido in Hawaii, the United States Mainland and beyond.

After that first month when Tohei Sensei intensively trained policemen and other interested individuals for up to 7 hours a day, Master Tohei returned to Japan, charging a highly promising student, Shinichi Suzuki, with the reponsibility of keeping Aikido alive on Maui. Suzuki, Seichi Tabata, Kenneth Taguchi and Susumu Furukawa organized and led a group that continued to practice Aikido arts. This cadre quickly attracted many more students. Tohei Sensei returned every two years to correct their mistakes and advance their training, and in 1959 Shinichi Suzuki traveled to Japan to continue learning from Tohei Sensei.

During the first seven years, Aikido Clubs formed in Wailuku, at the Lahaina Hongwanji Mission, and at other locations around the island. Aikido began at Haliimaile in 1954, in Paia in 1957, at the Wailuku Hongwanji for children’s classes in 1958, and at the Kahului Hongwanji in 1959. There were also classes held in Hana. Aikido was very popular and had many students – men, women and children. All of these clubs were assisted by Maui Chief Instructor Shinichi Suzuki, who traveled around to all of them to teach. 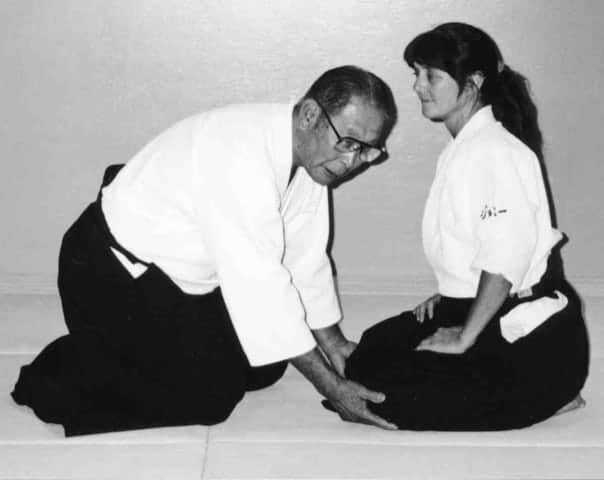 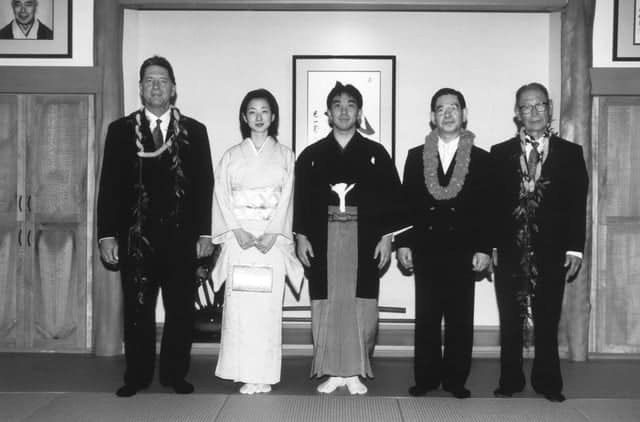 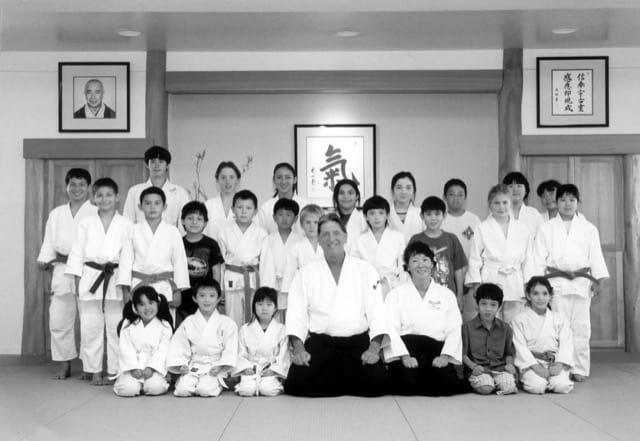 The Wailuku Aikido Club, which is today Maui Ki-Aikido, had to move their training to various places. In 1953 the members started training at both the Wailuku and Lahaina Hongwanji temples, then practiced at the Puunene Community Center (which was the site of the Japanese School), the Puunene Gym, and finally in 1956 moved their practice to the old Wailuku Gym, located on the Wells Street side of the present gym. In that year the various local clubs formed the Maui Aikido Club. The first president was Seichi Tabata, from inception to 1956. The second president was Masao Shoji, from 1956 to1964, followed by Takeo Larry Shishido from 1964 to 1994.

A home dojo for the club became necessary in 1960. The Wailuku Aikido students were practicing at the old Wailuku gymnasium with instructor Shinichi Suzuki Sensei that year when they were told that the YMCA was going to use the space and break down the old building to construct a pool. Therefore, a committee was formed to find a permanent site and plan a dojo just for Aikido. Members of the committee were Masaru Omori, Sadao “Popsie” Hyakumoto, Jiro Arakaki, Isamu “Sam” Takaki, and Masao Shoji. Omori was in charge of housing for HC&S, and he knew of a two-room nurse’s cottage available for moving from the old Puunene Hospital. Sam Takaki remembered, “We bought it for five hundred bucks.”

Suzuki Sensei went to ask Mayor Eddie Tam for the use of the present dojo site, empty except for an old shack, and the mayor gave permission. Then Sensei went to the trucking supervisor of Kahului Railroad Co. to ask for help in moving the cottage. An Aikido student named Henry Foo Sum, who was a driver for Kahului Railroad, was assigned to drive the flat bed that would deliver the building.

Another Aikido student, “Popsie” Hiyakumoto, was an HC&S carpenter supervisor. He helped the members jack up the cottage and ready it for its midnight trip through Kahului to its new location. At 2 o’clock on an April morning in 1960, the cottage was moving slowing up Hospital Road and the State highway, with Aikido students riding on the roof, ready to lift “all the wires in Kahului town.” Suzuki Sensei recalled, “We got stuck at Waialeale and Kaohu, but we pushed the utility lines, all of us, and moved the truck slowly, to get this building over here.”

Bringing the dojo building to its new site was just the beginning of 8 months of volunteer labor, weekends and holidays, for many people. To get additional building materials, the Aikido Club was given permission to recycle lumber from Sprecklesville School, which was being torn down. They went there every weekend to find useable boards. Then they met in the afternoons during the week to pull out the nails. To buy additional needed materials such as cement, they asked the County for help and were granted about $8,000. That amount, and the $200 the club raised to buy the building, was basically the cost of the original dojo structure. All the labor was volunteer.

Many skilled carpenters, such as “Bobo” Kawamoto and other friends of Sam Takaki, worked hard on the project. Sam recalled that he told his friends, “We’re going to build,” and they said, “Eh, we’re willing to come and help.” A fireman named Tadashi Fukushima did most of the masonry. The members and their friends worked on this project during their weekends and holidays all through the rest of 1960, finishing it in January of 1961.

Suzuki Sensei laughed when he recounted incidents which they teased each other about for years, like the time he fell through the ceiling and was hanging from the rafters, and when Masao Shoji nailed a brace to thin air instead of to the post, which then fell down. “There were lots of stories. We had a lot of fun.”

To excavate the lower level bathroom area, members borrowed a jackhammer, and Kenka Yamamoto, a contractor, lent the group a compressor. Suzuki Sensei jackhammered all day, digging out the entire basement, until the compressor broke. He recalled that the late Mr.Yamamoto generously commented, “Forget it. Was going broke anyhow.” 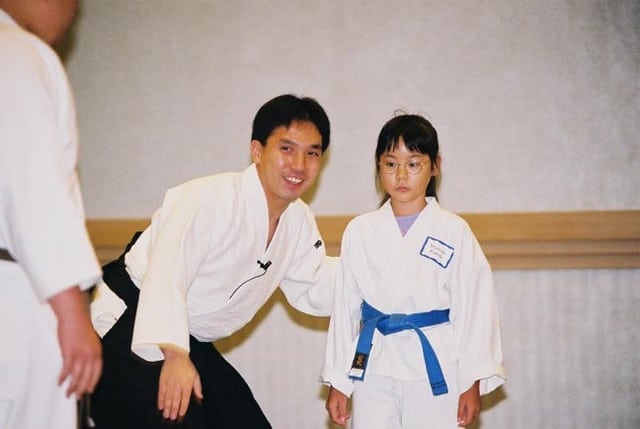 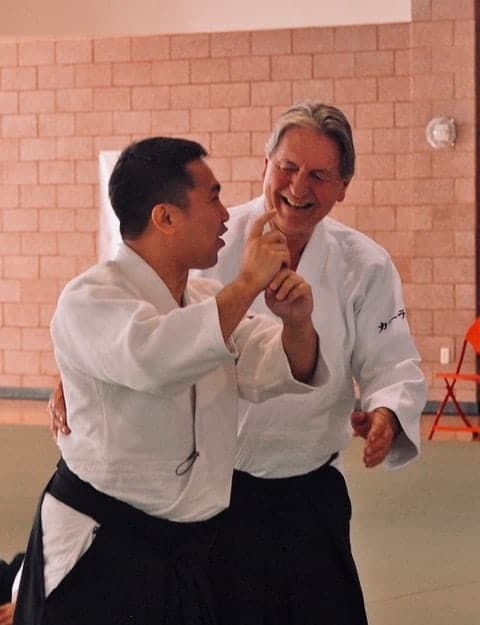 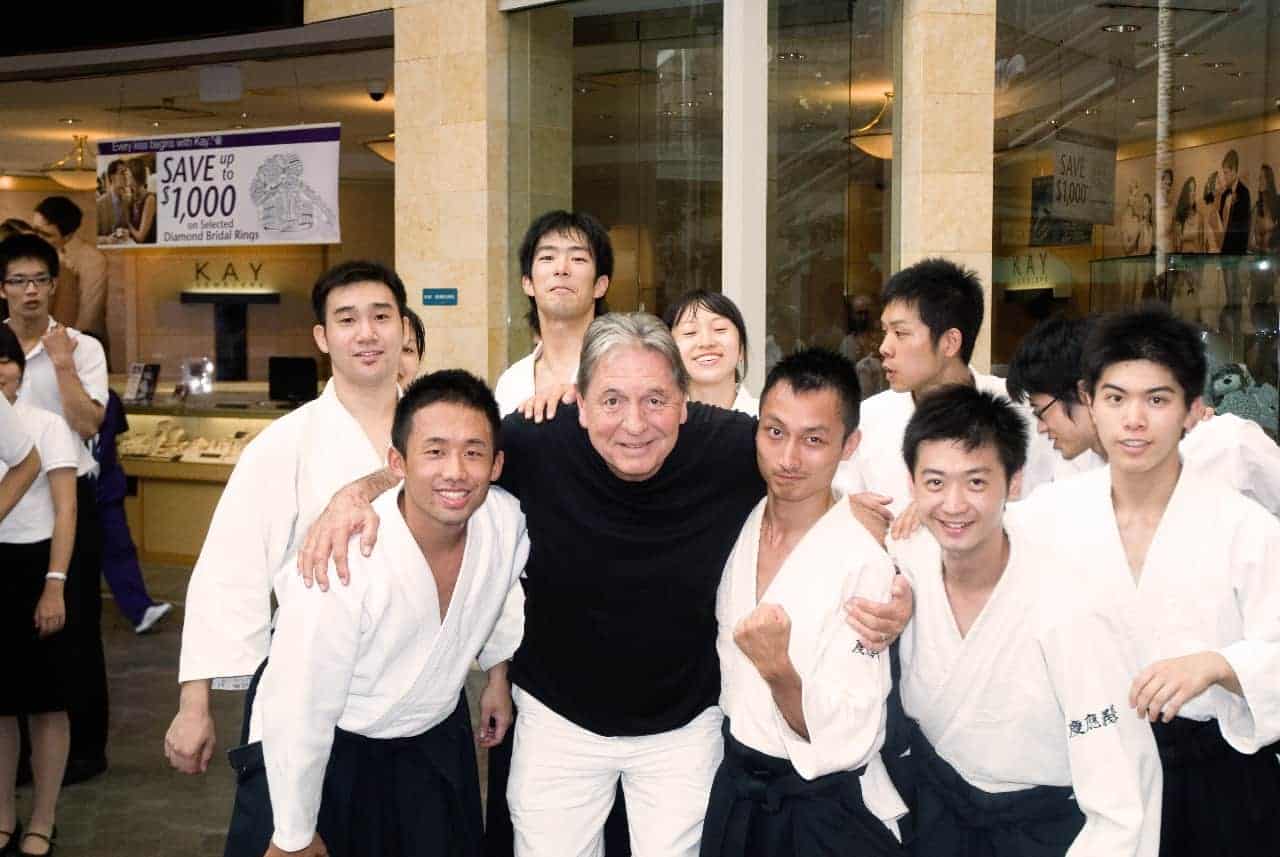 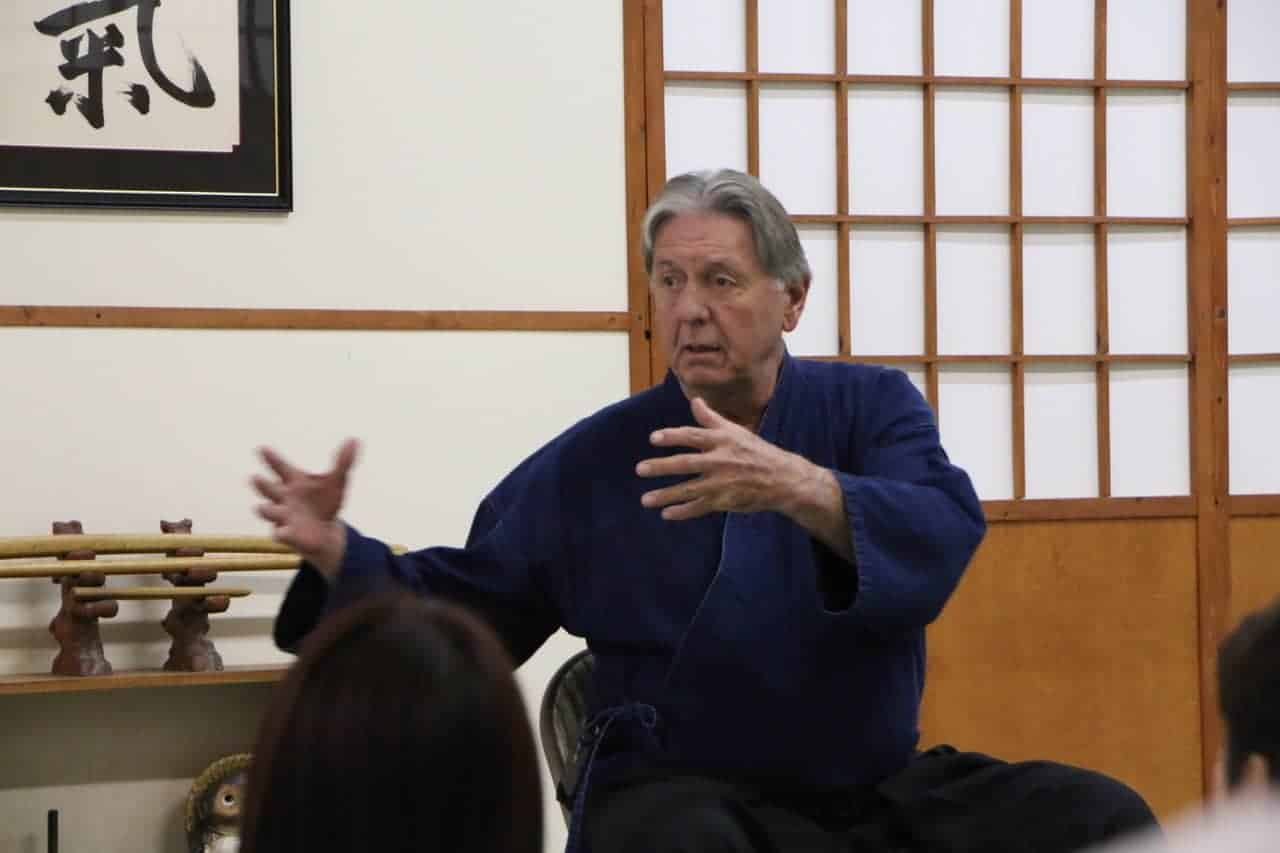 A complete kitchen in the dojo surprised many later students. Sam Takaki recalled the closeness of the people who lived in the small, remote plantation villages and the sense of community that was expressed by eating together. This volunteer building crew had the same close-knit feeling. Sam explained that they had a member that loved to cook during the project, Jiro Arakaki of the Board of Health. He said, “Wait. We gotta get one kitchen!” Bobo Kawamoto donated a stove and dishes, Arakaki a new refrigerator he had won. This kitchen served for the rest of the century as a gathering place, an outer office and the indispensable staging area for pot luck parties celebrating promotions, leave-takings, home-comings, and end-of-year parties.

When the building was completed, the Wailuku Aikido Club turned it over to the County and then leased it back for, initially, a period of 15 years with the option to extend, at one dollar per year. Aikido classes in the newly constructed dojo began in early 1961, but the dedication ceremony was postponed until the planned visit by the Founder of Aikido, Morihei Ueshiba Sensei, and the present World Head of Shin Shin Toitsu Aikido, Master Koichi Tohei Sensei. The dojo was dedicated by them in a Shinto ceremoney on March 13, 1961. O Sensei (the Founder) presented the Club with his own writings and caligraphy.

Soon after completion of the main building, the Club realized that an office and more training space was needed. By 1963 the Club completed an addition to the building that included more square feet of training space, an office and an entry porch. The County assisted with the sum of $9,000 for building materials, but all the labor was again volunteered by the members.

All the paint for the old dojo over the years was donated by member and instructor Mr. Tokuzo Endo of Endo Paint, and the members did the painting. Money for the mats, a big expense, was raised by holding samurai movie nights each year during the first decade. The Club purchased $3,000 worth of mats from Japan (which the late Maui Councilman Toshi Ansai, an honorary member, help them walk through the difficult customs procedure, requiring fumigation). Additional, used judo mats were regularly purchased from Japanese Merchant Marine training ships that docked in Kahului Harbor. This was arranged through the Japanese consulate in Honolulu.

There were times when publicity was needed, for there were promotions and fund raisers to announce. According to Suzuki Sensei, they received much help over many years from Wayne Tanaka, former Maui News Sports Editor, and Mr. and Mrs. Haruo Koike through their Japanese-language radio show.

The original building, constructed by so many volunteer hands in the Aikido spirit of harmony and love, is gone, decayed from age and termites. It has been replaced by our beautiful, new Shunshinkan Dojo. However, the bond of companionship and joy in building together lives on in Maui Ki-Aikido and infuses our dedication to perservere in providing Aikido training for future generations. 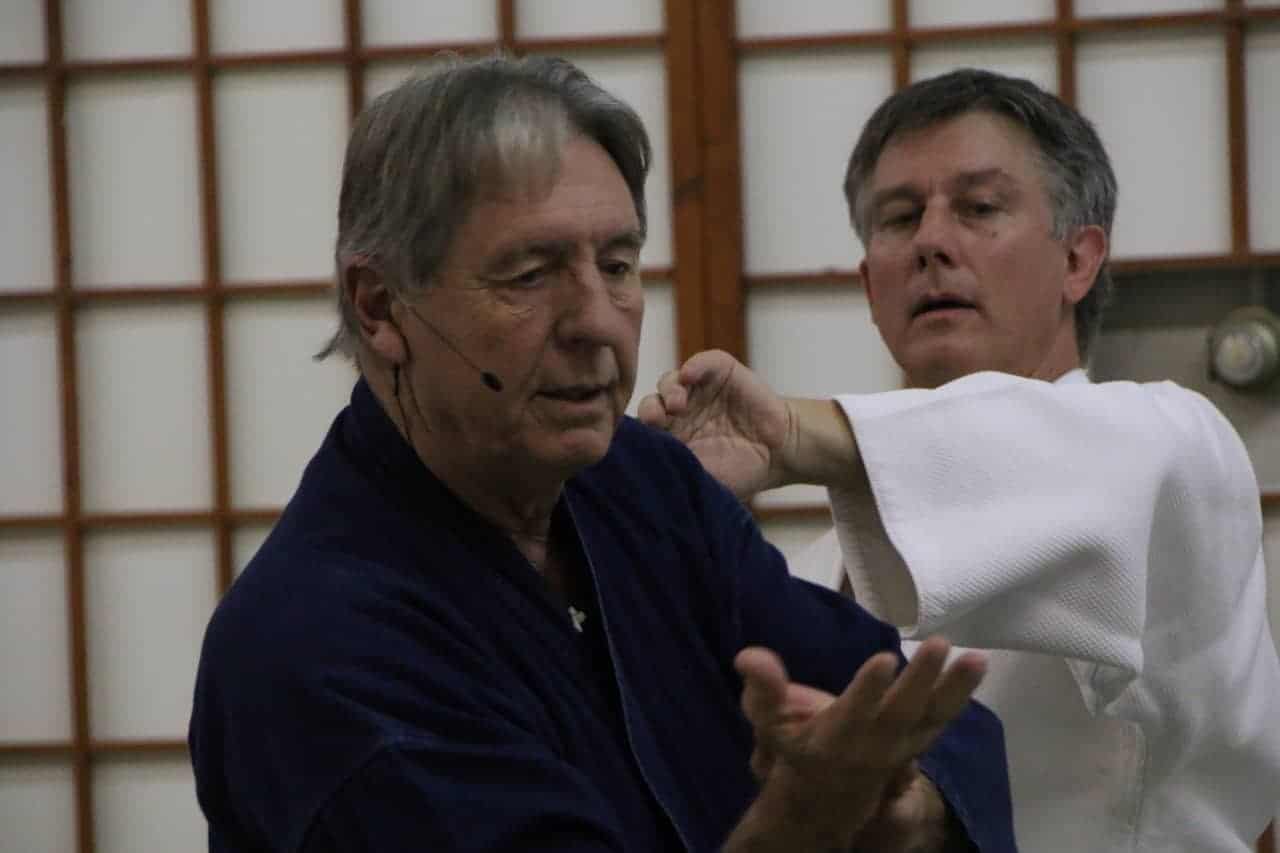 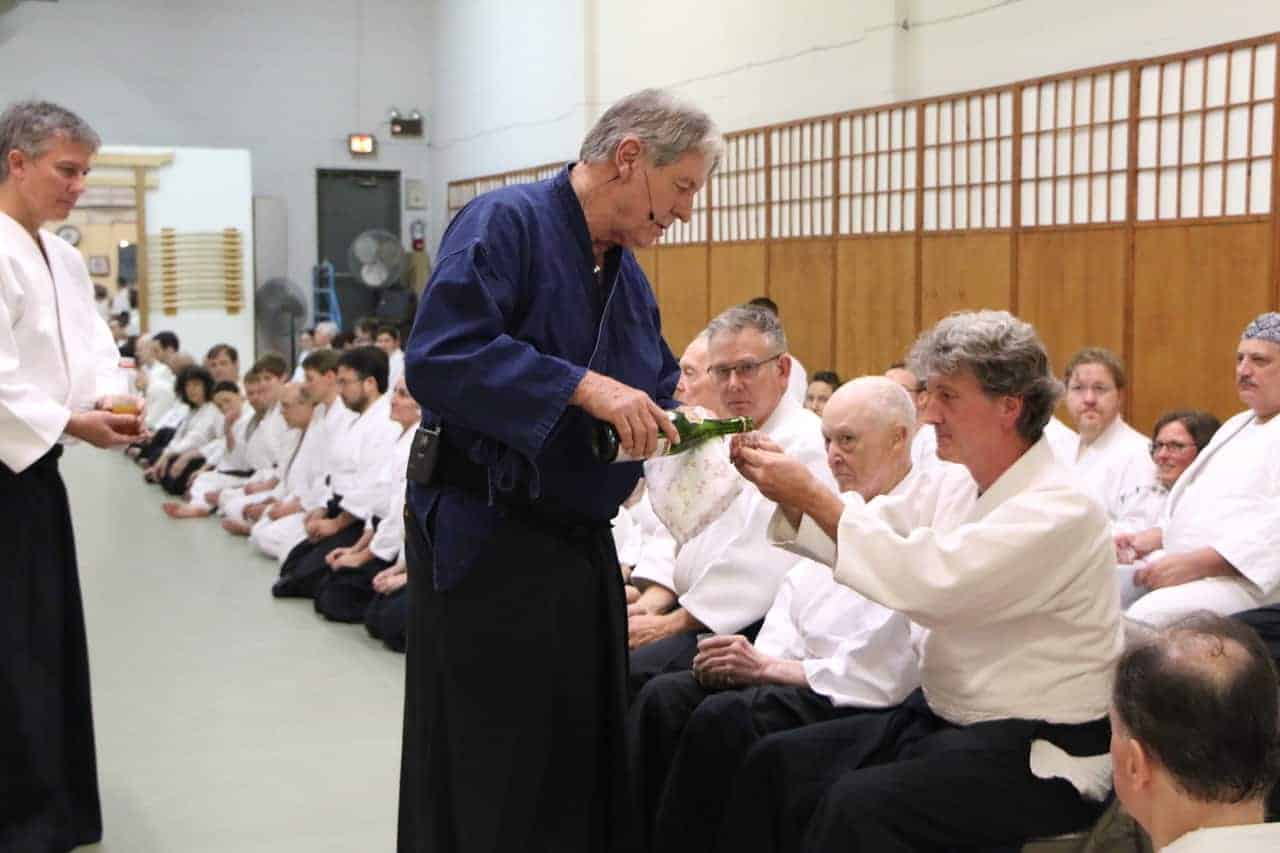 Training mind and body through the art of Aikido.